When I started this blog, I said it was about fear. My fears around mast climbing and seasickness and writing honestly.

So why have I been so quiet recently? Why not write about the wide horizons and storms and excitements? Has life just got in the way? What’s wrong with pictures of albatross es anyway?

Well, yes and no. Like most people (though not all my fellow crew) I have to earn a living, spend time with friends and family, do the washing. Of course these things can get in the way. But my barriers have been more than that. 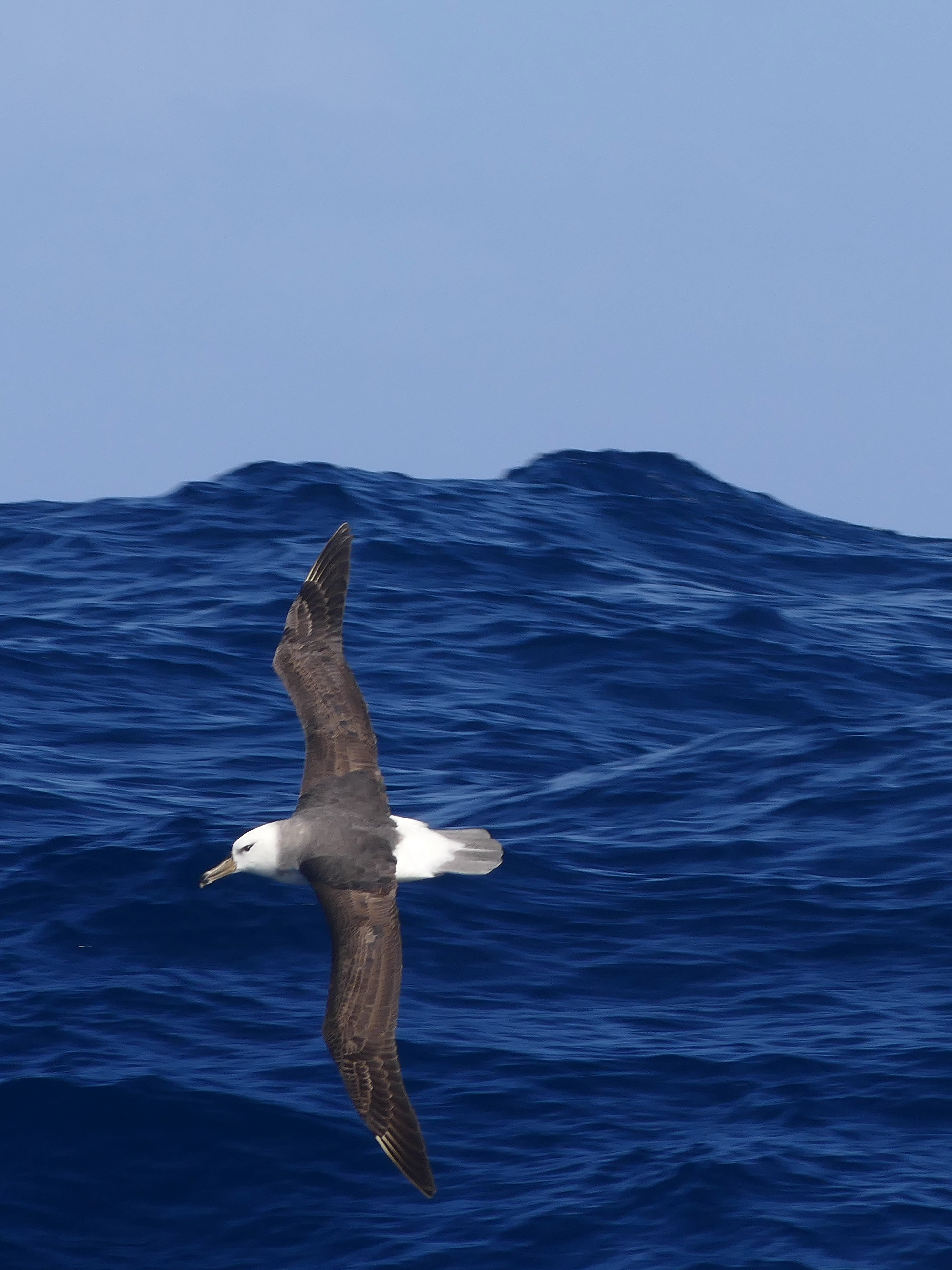 It won’t have escaped anyone reading this account that I am pretty opinionated. I care about the state of the planet and I care about what happens to people caught up in violence, war and poverty. One of the challenges of the voyage was how many people on board seemed not to be too bothered about either of those things. ‘We’re in the sixth mass extinction,’ said one. ‘There’s nothing we can do about it and we’re just privileged to see these animals before they die.’

It’s a point of view I suppose. That we should keep ourselves and our own safe, enjoy what we can and be sanguine about all else. It’s part of what underlines the famous prayer about courage, humility and wisdom. 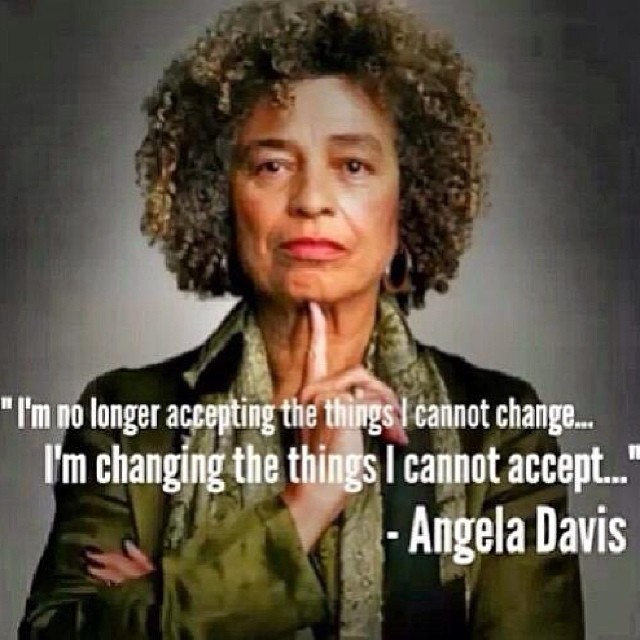 I’ve never been too comfortable with that approach. Angela Davis has always been a heroine.  Maybe I’ve just estimated my own power and courage too high, my barriers of acceptance too low compared to many others. Whatever, there were times on Europa when I found that dissonance, that fundamental difference from those around me, quite strange.

Rather than write about that in this blog, I’ve kept it back, not wishing to offend. Maybe that is a form of cowardice. It has not been helpful, for neither have I posted about the albatrosses flying over the dark water, the sting of tears as the sun rises or the smoky violet of sunsets behind us, the astonishing storms and sudden warmth. (The picture at the bottom of this post shows water crashing into the decks during our last major storm, 200 nautical miles from Africa when we had sustained 55+knot winds.)

I haven’t written here about the strangeness of Tristan de Cunha, its golf course and pimple volcano under its near permanent cloud-hat. (The picture is the whale weathercock on its Catholic church.) How lucky we were to get ashore in the short window before vicious swell cut off the harbour and left the tiny community alone again.

I have all the notes. I finger the pages, review my photographs and relive the journey. It’s not that I am not writing, thinking, using the experience in all kinds of ways. I am working on Q in my #antarcticalphabet. 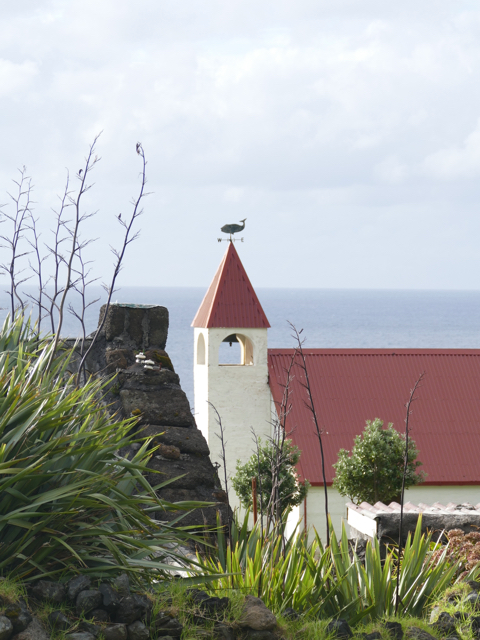 I got back to the UK feeling that if the Referendum came out according to the British (or even European) votes on board, we were set to leave the EU. I was home just in time to vote in the Welsh Assembly elections in early May when seven members for the UK Independence Party were elected. I got busy writing on social media. Then came 23 June and the crashing despair which followed in the face of soaring hate crime and economic mayhem. The South Atlantic seemed a very long way away.

I am writing this on 30 January 2017. Two days ago our Prime Minister held hands (held hands!) with the man now occupying the White House. As I write huge crowds are massing at airports in the US to defend their Constitution. I have marched for our membership of the EU, and will again in the coming months, as I joined the Cardiff stream of the #womensmarchglobal.

In the face of all this, the petty irritations of life at sea have both diminished and magnified. On one level, it does not seem so important now. On another level, it seems important to say some more. Those genuinely lovely people who believe that politics has nothing to do with them, or we can do nothing about climate change, or that border controls are somehow not the point, or that worshipping a different god makes you ineligible to live in your secular country – all those people, I hope, are now seeing where that blithe path has led us. The future of late stage capitalism under the flawed mechanics of the EU, NATO and the rest had and has huge problems – but they look like ripples compared to the storm waves heading our way now.

I will finish my #antarcticalphabet. I’m working towards an art project to come from it, collaborating with a painter friend. I’m giving talks about the journey, especially about some of the  adventurous moments, and about the impact of global warming.

I am speaking out about the turbulence, campaigning for human rights and economic sanity, for the European values of tolerance, mutual aid, equality before the law and shared prosperity. (On social media and my other site at sarahtanburn.wordpress.com.) I will go on studying, writing about and disseminating robust science on climate change.

Come this summer, I will be off on my next adventure, a mission about plastics, health and pollution, which will give me an even better platform to write creatively, educationally and polemically about the science and earth justice. There will be a new blog site.

If you want to follow the #antarcticalphabet, I will continue to post it here. I am happy to share photos with friends and other campaigners or give talks about it. But, at least for now, I will not continue with the detailed accounting. The world has changed, and our own stories are changing with it.